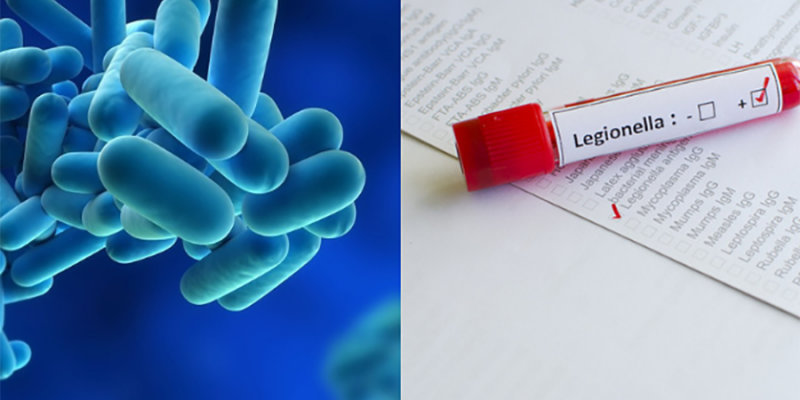 Legionella is a severe form of pneumonia is caused by inhaling certain strains of Legionella bacteria, made airborne in contaminated, aerosolized water. The legionella bacteria thrive in stagnant water in places such as dead legs, large hot water systems, showerheads as well as cooling towers. Legionella infestation in any of these areas will be potentially hazardous, cooling towers are the highest-profile public health threat. While more cases of legionella are caused by non cooling tower sources because their scale cooling towers can expose and endanger a large population. The number of cases of Legionnaires’ disease reported in the United States has steadily risen, increasing by 4.5 times from 2000-2015.

Dipside Testing Explained A dipslide test is also known as heterotrophic plate count (HPC) testing. The test starts with a sterile culture medium, secured on a plastic carrier (a slide or plate) that is dipped into cooling tower water. The culture is then incubated. Temperature and time of incubation periods vary, but typical spans range from 24-48 hours.

Adenosine Triphosphate (ATP) is present in all organic material, thus its concentration reflects biological concentration. Testing is done with light waves and depends on luciferase, a class of oxidative enzyme responsible for luminescence in many animals such as fireflies and jellyfish, along with certain fungi.

ATP testing has several benefits over dipslide testing. Because it doesn’t depend on incubation, ATP testing generates faster results. This allows corrective action to start earlier. ATP measures all living organisms while HPC is limited to detecting only heterotrophic bacteria. This gives a more accurate picture of microbial population. ATP can be easily performed onsite; it doesn’t rely on any laboratory services.

It’s worth re-emphasizing: both dipslide and ATP testing do not specifically answer the question of whether Legionella is present. Both tests, along with visual inspections, can be beneficial for detecting trends regarding adequate bacteria control level. However, they do NOT verify either the presence or absence of Legionella in a cooling tower.

Do you need more information on ATP and dipslide testing for microbial activity in cooling towers? Chemtex is always here to help you answer any questions.